We recently reworked a big part of Drawbotics' backoffice, and decided to implement a production workflow close to the logic of a Gantt chart. This led us to the creation of 2 relationships linked to the same table. This article describes the problem with more details, and explains the solution that we came up with, which allowed us to only have one intermediate table to handle the two relationships.

In the Gantt logic, a workflow can be parallelized, enabling several teams to work at the same time on the same project.
In order for us to be as close as possible to what's happening in our production center, and since we wanted to optimize those processes, we had to implement a flexible enough architecture.

The goal is to allow one Task to have several Tasks as successors while also allowing several other tasks to act as predecessors of that same task.

For example, the following situation :

Can be transcribed into those dependencies :

This is how we designed the TaskDependency table. The migration is quite straightforward once we have this design in mind

The model is also simple since the TaskDependency model has no goal except to be used as an intermediate.

Finally, we rewrote our dependencies in order to create has_many through dependencies with our newly made foreign key

This system allows us to rely as heavily as possible on ActiveRecord. The intermediate table is being automatically populated, and we never have to care about its content except for very precise operations. Most of the task-handling is done this way :

Having this done before going into details allowed us to really focus into the sensitive stuff like inserting a task between two existing ones or creating special behaviours. That architecture is also easy to test, we can create the dependencies easily and verify the flow thanks to the predecessors and successors methods. 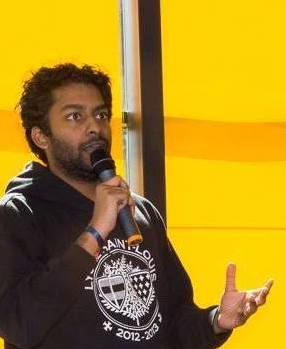 About Sandjiv
Backend developper that works in the shadow. I am the watcher on the logs. I am the shield that protects the API. I pledge my time and coffee to the Backend, for this night and all the nights to come.
Backend engineer - Drawbotics
More posts by Sandjiv

About Drawbotics
From 3D renderings and 3D Tours to interactive floor plans and virtual home stagings, Drawbotics is the first and only one stop shop marketplace where you can order all of your real estate marketing services online.
Subscribe to our newsletter
To stay on top and recieve articles directly to your inbox, subscribe.
More about Drawbotics
Drawbotics Services Platform Press & media
© Drawbotics - All rights reserved